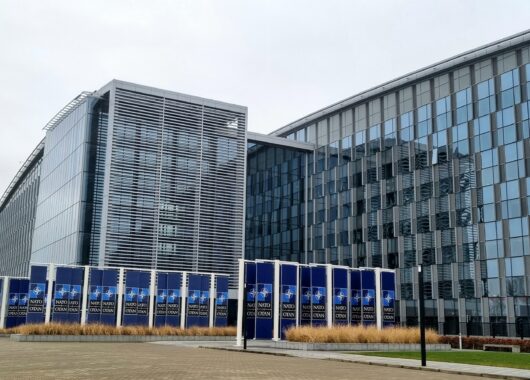 Following a successful bid with NATO’s International Secretariat, GATE is recognized to be a DIANA test centre in the field of Big Data and Artificial Intelligence. Being a part of DIANA’s network, GATE is going to host innovators from across the Alliance who can bring their concepts for evaluation, verification and validation.

On 7 April 2022, during the meetings of the NATO foreign ministers in Brussels, the Alliance took the next step in its efforts in the area of new technologies.

In 2021, NATO launched the Defence Innovation Accelerator for the North Atlantic or DIANA. DIANA will accelerate the development of solutions to technological challenges, critical for transatlantic security, by linking existing innovation efforts within the different Allies with those at NATO. DIANA also aims to tighten the cooperation between industry, startup companies and academia in order to identify and develop next-generation technologies, which meet the demands of the security and defence domain.

One of DIANA’s key components is a network of test centres to support the development of new technologies, which have both military and civilian applications, i.e. the so-called dual-purpose technologies.

Professor Sylvia Ilieva, Director of GATE, disclosed that “GATE’s mission to serve as a bridge between the scientific community, the industry and the society fits perfectly with DIANA’s rationale. The outcome of the bid is a success not just for GATE, but also supports Bulgaria’s national priorities such as overcoming any gap in the technological development among the different Allies at NATO”.