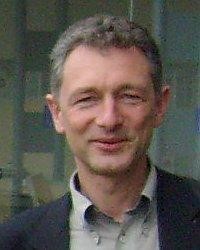 Ivan Koychev is the Leader of the Data Analytics Research group at GATE Institute. He graduated from the Faculty of Mathematics and Informatics (FMI) at Sofia University with a master’s degree in 1988 and in 1998 he received a doctorate in Informatics from the Institute of Mathematics and Informatics – BAS. From 1999 to 2002 he was a post-doc at the Institute of Applied Informatics of the German National Research Center for Information Technology (FIT – GMD, Sankt Augustin, since 2001 part of the Fraunhofer-Gesellschaft). From 2002 to 2005, he was a research fellow at the Smart Web Technologies Center at the Robert Gordon University, Aberdeen, Scotland. In 2006 he started working at the FMI at Sofia University as an associate professor, and in 2015 he was elected professor.
He has gained experience working in numerous academic and industrial projects, including contributions to a number of projects funded by European Commission programmes.
He has numerous publications in proceedings of international conferences and academic journals.